Many systems for large-scale industrialized building in precast concrete were developed in the beginning of the post-war period after the Second World War. One of the most important systems was constructed by the Danish company Larsen & Nielsen.
Thanks to intensive development work, it was possible to switch to industrial construction of houses in just 15 years to an annual output of built square meters quadrupled compared to pre-war figures.
This innovation involved not only the use of new technology but also a complete transformation of organizational forms, company constellations, education, public administration, and financial management. This development was supported by courageous politicians.
The L&N system became one of the leading building systems for houses in Denmark, and since 1956 the company has held export to and production licenses in many other countries. The export first went to nearby countries and later to Asia, America, and Africa.
The use of large-scale elements had some weak points. One was a vulnerable construction and the construction fraud of unskilled workers on skyscrapers, as seen with the Ronan Point accident in Great Britain in 1968. Another was the need for steadily high production volume to keep the production facilities alive. This was lost due to energy crises and the collapse of state administrations in many countries, and the company went out of business in 1997. 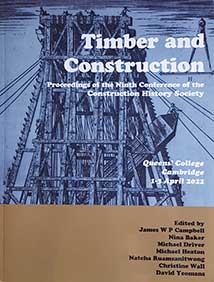